In the first session of panel moderated by Murat Can Canbay under the title Tourism Trends in the World, Tony Zahra, the Chairman of Mediterranean Tourism Foundation, Dr. Gavin Gulia, the Director of European Travel Commission and Chairman of Malta Tourism Authority, Filip Boyen, Delegate of Forbes Travel Guide, Rajan Datar, BBC TV/Radio Broadcaster shared important ideas with the participants.

Tony Zahra, thanking to all contributing to the organisation, especially to Ahmet Aras Mayor of Bodrum, said “We are starting again after two challenging years. We are trying to bring people together to tell them how they can progress in tourism sector. Mediterranean is highly important for World tourism because quarter of tourists in the World comes to the Mediterranean. This foundation brings Mediterranean countries together in cooperation but also by preserving the competition between them. Our aim is to act as catalyser and gather people and to make Mediterranean the centre of the World again”. 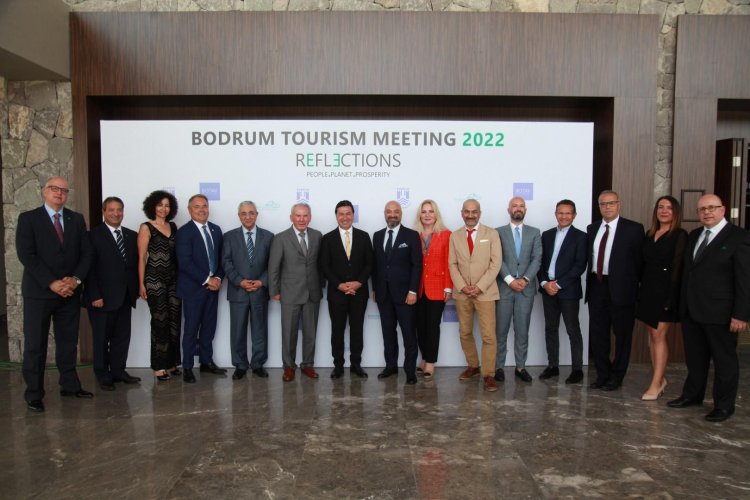 In the second session of the panel, Mahmut Kocadon, the Chairman of Bodrum Chamber of Commerce, Yüksel Aslan, the Chairman of Bodrum Association of Turkish Travel Agencies, Orhan Dinç, the Chairman of İstanbul, Marmara, Aegean, Mediterranean, Black Sea Regions Chamber of Shipping (İMEAK), and Ömer Faruk Dengiz, the Chairman of Bodrum Hoteliers Association shared their ideas about tourism in Bodrum and its future. While Mahmut Kocadon mentioned his concerns related to loss of tourism city characteristics of Bodrum due to resident population and number of houses, Dengiz dwelled upon his worries about transformation of hotels into residences and houses, and invited owners of establishments to be more sensitive in this regard. Orhan Dinç talked about importance of blue cruise and marine cleaning for Bodrum, and Yüksel Aslan emphasized significance of trained personnel for sustainable tourism.

Bodrum Mayor Aras stated that Mediterranean and the World have to continue living and said “Many other things are secondary, such as tourism, trade, etc. We have to survive first, then we can put other elements on to this. At this point, it is important to protect natural structure of the Mediterranean. We have to protect it from pollution, irregular migration and fires. We face a huge climate crisis which is a global problem. We release carbon to the atmosphere every day and we accelerate global warming. When we consider the forest fires occurred last year, we see that there are serious crises resulting from weather temperature. These are not very far away from Mediterranean; and we cannot foresee what will happen within a few years. We have to do what we can for tomorrow. Yes, maybe this is an issue of politics for the countries, but we can do a lot locally, because big changes begin with small steps. As our Great Leader Mustafa Kemal Atatürk did; he realised big changes and transformation by taking small steps.” 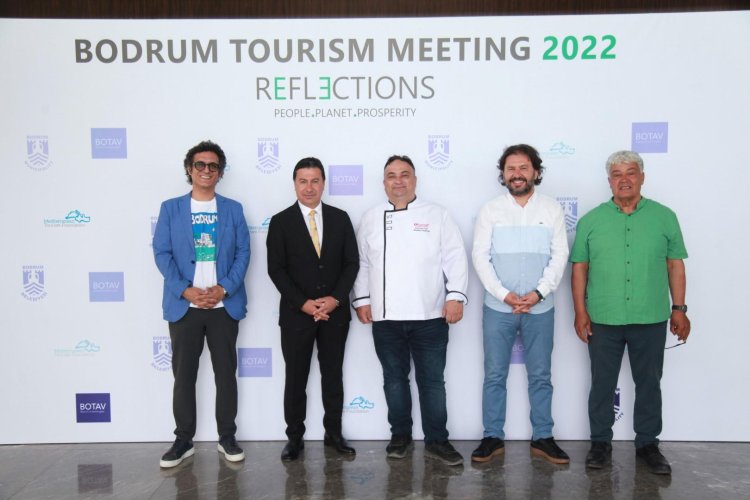 Emphasizing that one of the most important reflections of being Mediterranean is the culture, Aras continued his speech as follows: “Cultural degeneration is a big risk for us. It is especially important to preserve local culture. This is not a type of chauvinism or fascism. Protection of culture means protection of diversity. It is the same for all Mediterranean countries. It is of great importance to protect cultural diversities of Malta, Tunisia, Algeria and Turkey with respect. When we all become the same, then there will be no such thing as tourism, because tourism is a cultural Exchange. How they see us? We do not consider this issue much. Therefore, diversity in this meeting is very important, different ideas are the biggest gain of today. I would like to thank to all coming outside of Bodrum and sharing their ideas. If we want to consider Bodrum as a decent tourism destination, we have to pay attention to the outside, not to ourselves. When a tourist comes to Bodrum, what does he or she think? What does he or she expect? We have to learn that. Therefore, voices of outsiders are very important for me.

“It is important for the Mediterranean to become a sea of brotherhood, peace and democracy”

Stating than Bodrum goes down the road for being a luxury destination together with famous and important brands’ preferring Bodrum, Aras said “We should not lose our own brands while all these are happening. We should not become the same. Our brands is highly important for us both in gastronomy, hotel management and entertainment sectors, and we have to protect them. This is what we try to do as a local administration. Yes, the investors will come but the local administration has to preserve its core values. Marine tourism and blue cruise are among the primary ones of such values. Therefore, we have to protect our sea so that marine tourism can survive, and cruises can continue in our blue coves by our gullets.”

Highlighting the significance of tourism for peace, democracy and freedom, Mayor Aras said “It is important for the Mediterranean to become a sea of brotherhood, peace and democracy. That’s why I care this unity a lot at this point. Political aspect of the issue is also important. We have to leave our children a community in peace, embracing and knowing each other, not countries fighting with each other. Tourism is very important for creation of peace, democracy and freedom environments. This movement we have started today with small steps will grow in Malta in June. We will improve the foundations, we laid today, by an international organisation to be participated by 39 countries. Then, this bridge of friendship, peace and cooperation will meet in October here in Bodrum. I would like to thank Mediterranean Tourism Foundation for inspiring us with such a vision. I believe that these meetings are highly useful. Outputs of such meetings will guide us in the future.”

After the programme, flowers were presented to the participants and panellists by Ahmet Aras, the Mayor of Bodrum.